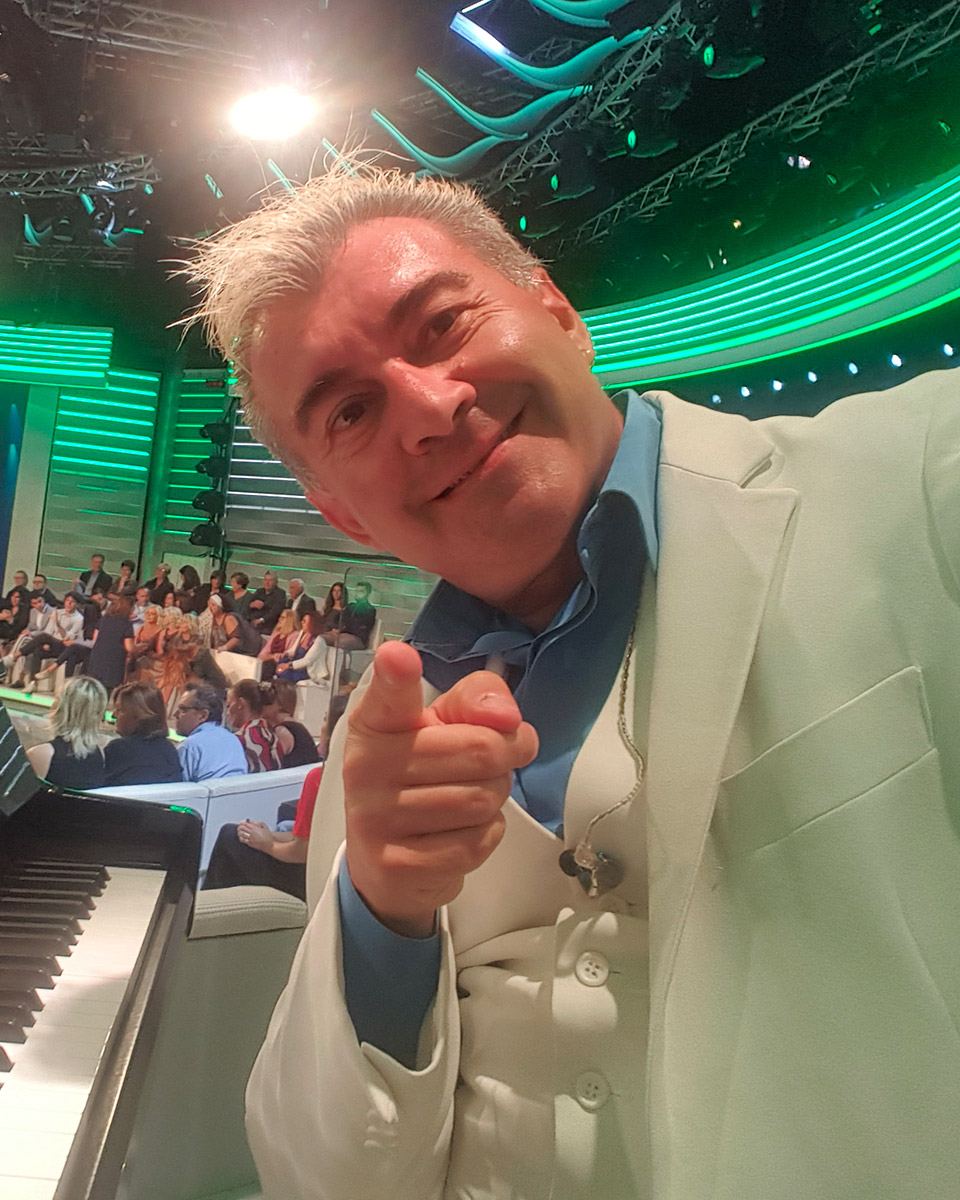 Max Tempia began his musical studies at the age of 4 and from the age of 15 he was a professional musician in all respects.
After following his classical studies at the conservatory, Max immediately devoted himself to pop music and at the age of twenty he began his career as a session player in the studio, participating in the recording of many records and commercials.
In 1989 he began his television experiences with the entry into the Dino Siani Orchestra with which he participates in many shows both in Rai and Mediaset.
Also in 1989, he began the experience with Korg inc. as a programmer and world demonstrator, there are many instruments to which he is called to give his artistic and musical contribution, soon becoming an important reference in the sector.
In 2001 he joined the most important Italian orchestra, the Demo Morselli Big Band, participating in important and very successful broadcasts.
In 2009 he began his new adventure with Casio Italia as a demonstrator and consultant for digital pianos.
He is currently an international consultant and demonstrator for Crumar Instruments.
In recent years, Max Tempia, has become a reference for the Italian keyboard sector and of great importance is also his jazz project as "Hammond Player" one of the greatest exponents in our country, has published "Alter Ego 2.0 "with MaxDuo (Splasc (h) Records), in 2016 Peace and Groove by Francesco Piu, in 2020" Circus Quartet "for the Barnum for Arts label.
In 2015 the collaboration with the Maurizio Costanzo Show restarts where he is part of the orchestra as a director and pianist.
Max Tempia has played with the most important Italian and international artists, Gilbert Becaud, Michael Bublè, Anastacia, Mia Martini, Lucio Dalla, Pooh, Laura Pausini, Renato Zero, Gino Paoli, Ornella Vanoni, etc. Appreciated composer of music for TV series, fiction and commercials, he has also participated in a huge number of Rai and Mediaset television broadcasts: Mezzogiorno è, Aboccaperta, Buona Domenica, Maurizio Costanzo Show, Domenica In, C’è Posta per te, Paperissima, Festival di Castrocaro, Chi fermerà la Musica, Tutte le Mattine.